Fawn Industries was founded in Baltimore, Maryland in 1950 as a manufacturer of functional injection molded plastic parts. In response to customer demands and the changing needs of the plastics industry, Fawn became proficient in decorating injection molded plastic parts. In the early 1960's, our operations were expanded to include hot stamping and painting. Since that time, laser etching and marking, two-color and two-shot molding, silk screening, pad printing and assembly have been added to Fawn's expertise. We have become known industry-wide for our superior decorating capabilities. 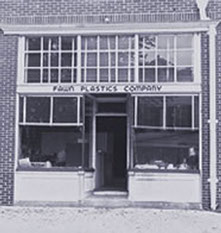 In 1969, Fawn expanded operations from Maryland to North Carolina. In the mid-1970's, Fawn was encouraged by valued customers to establish an operation to manufacture electronic and electromechanical assemblies and Fawn Electronics was formed. In the early 1980's, we opened a Sales and Engineering Office near Detroit, Michigan to service our expanding automotive business customers there.

In response to industry demands and in an effort to remain competitive in the new global economy Fawn Mexico opened in Chihuahua, Mexico in 1997, and Fawn China opened in Shenzhen, China in 2005. In February 2012, Fawn Electronics was sold to ACDI (American Computer Development Incorporated) out of Frederick, Maryland.

Learn more about the family history of Fawn.